Growing with a long-term sustainable environmental proposal.
International tool (SALEM) to identify and assess compliance with all legislation applicable to the Company in biodiversity issues.

In the ESG Master Plan, within the strategic line of "Growing with a long-term sustainable environmental proposal", Cellnex has identified the need to develop actions focused on at respecting and minimising Cellnex's impact on natural areas and biodiversity.

One of these actions defined in the ESG Master Plan is determining and assessing the impact on biodiversity and natural spaces, identifying the areas affected by the company's activities and the legislation applicable to them, in order to implement the corresponding actions to minimise this impact and preserve the natural environment.

In this regard, Cellnex has an international tool (SALEM) to identify and assess compliance with all legislation applicable to the Company in biodiversity issues, such as quality, health and safety, energy, etc. In 2021, five training sessions (in France, Ireland, Portugal, Spain and the United Kingdom) and eight awareness-raising sessions (in Denmark, Sweden, the Netherlands, Austria, Finland, Switzerland, Italy and Poland) were held during which the tool was introduced. In addition, extension sessions were held in the countries involved in the 2021 IMS certification (France, Netherlands, Portugal, Ireland and Switzerland).

Another tool available to Cellnex to monitor its impact on the natural environment is the DaNA tool. This identifies sites in protected areas. During 2021, the information on the types of protected areas was expanded, as far as country level. In 2020 only the Natura 2000 network was displayed. In addition, in 2021, climate scenarios were incorporated into the tool, making it possible to obtain information on the effect of climate change on each site and thereby monitor its development, as well as for the identification and application of preventive and corrective measures.

With all this, it will be possible to carry out another action defined in the ESG Master Plan relating to undertaking a monetisation of the company's interactions with biodiversity and natural spaces, as a contribution of natural capital. In this regard, work will be done on this project during 2022 and 2023. The first step will be to carry out an analysis of exposure to Natural Capital risks and opportunities.

Applying this new approach provides a new perspective in the company when it comes to integrating environmental, economic and social aspects that help to boost the value of its contribution to society, make better management decisions and improve conservation of natural assets, and generate value shared by society and the natural environment. Natural capital and biodiversity have a direct impact on various Sustainable Development Goals of the United Nations 2030 Agenda. So much so that by correctly incorporating natural capital into the business plan and corporate culture of the company, a substantial contribution can be achieved on a number of SDGs.

However, in the specific case of this project, where Cellnex intends to take an initial approach to the issue of natural capital, the most substantial contribution will be in the following objectives:

Below the total protected sites analysed following the IUCN categories are presented:

"Cellnex has more than 300 sites in Irish forestry locations, which provide a unique habitat for many species. Cellnex actively work with Coillte, the Irish State Forestry Body, to ensure that the bio-diversity & sustainability of the forests is maintained. Cellnex & Coillte ensure the environmental impact from our infrastructure has a minimal impact on these beautiful Irish forest locations".
John Brophy,
Health & Safety Manager

Cellnex Ireland has approximately 300 sites in environmentally sensitive forest areas. The forests belong to the state-owned forestry company Coillte (the name means forests in Irish). All construction and maintenance operations in these forest areas are governed by the requirements of Coillte, which establish that an Environmental Risk Assessment (ERA) must be completed to conduct activities in the area. 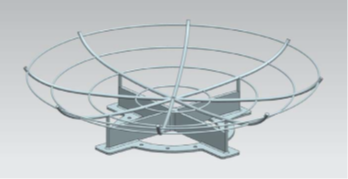 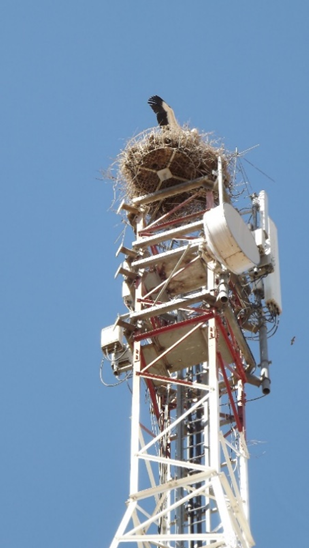 Cellnex España has developed a novel and unique project that solves the operational problems caused by storks nesting at its sites.

"Por San Blas la cigüeña verás". As the saying goes, every year in February storks nest on telecommunications towers, heralding good weather, sunshine and warm temperatures. However, when they do so, the authorities do not allow access to the sites because of the risk that the nests, which can weigh between 80 and 100kg, might fall off. This is a major setback, as no maintenance work or new telecommunications installations are allowed until these birds migrate and leave the nests, sometimes for periods of nine months. The nests are then removed and maintenance and operation can be resumed. However, the storks return the following year to the same site and build their nests again.

As a solution to this situation, to avoid harming the birds and be able to continue with Cellnex's daily activity, it was decided to manufacture metal structures to support the nests, so that the storks do not need to rebuild them every year and also  minimise the risk of the nests falling, making access to the centres compatible with nesting.

This solution was presented to the regional administrations and the project was approved. In 2021. Several metal nests have been built and the solution is expected to be deployed in up to 200 sites throughout Spain.

Cellnex Portugal acknowledges that telecommunication infrastructures impact the surrounding ecosystems, and manages habitat protection and biodiversity through the following procedures: