In 2020, Cellnex carried out a study to identify and prioritise the most relevant Sustainable Development Goals (SDGs) for the Company, as well as an analysis of the Company's contribution to the achievement of the SDGs. These analyses, together with the internal and external diagnosis carried out to define the Group's new materiality, served as the starting point for the definition of the new ESG Master Plan. In this regard, the opportunities and actions that Cellnex should undertake within the framework of the new ESG Master Plan were identified in order to maximise the company's current contribution to the SDGs and their specific targets, thereby reducing the risk of non-compliance.

To identify and prioritise the relevant SDGs and their specific targets for Cellnex, the necessary information was gathered on the company in the different countries in which Cellnex operates. In this way, the relevance of each SDG and its targets in the company's direct and indirect operations associated with its value chain was defined.

For the company's contribution to the achievement of the SDGs and their specific targets in 2030, the risk associated with non-compliance with these SDGs by the countries in which the company operates was assessed. 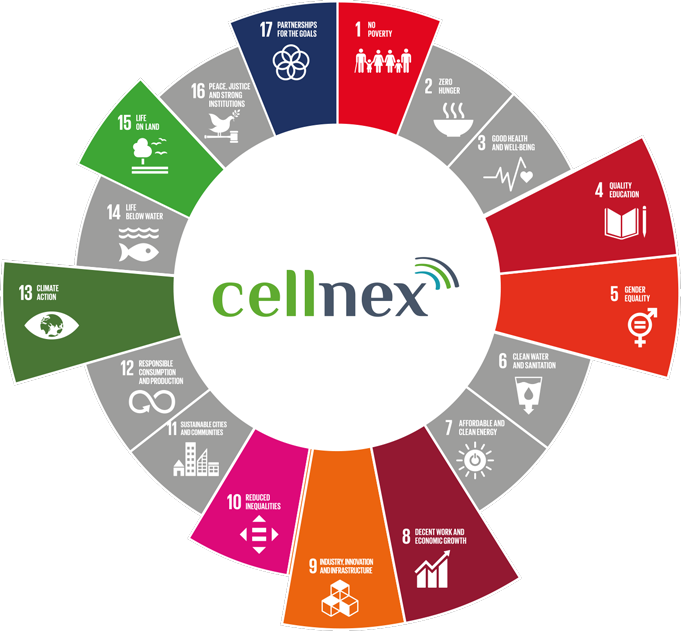 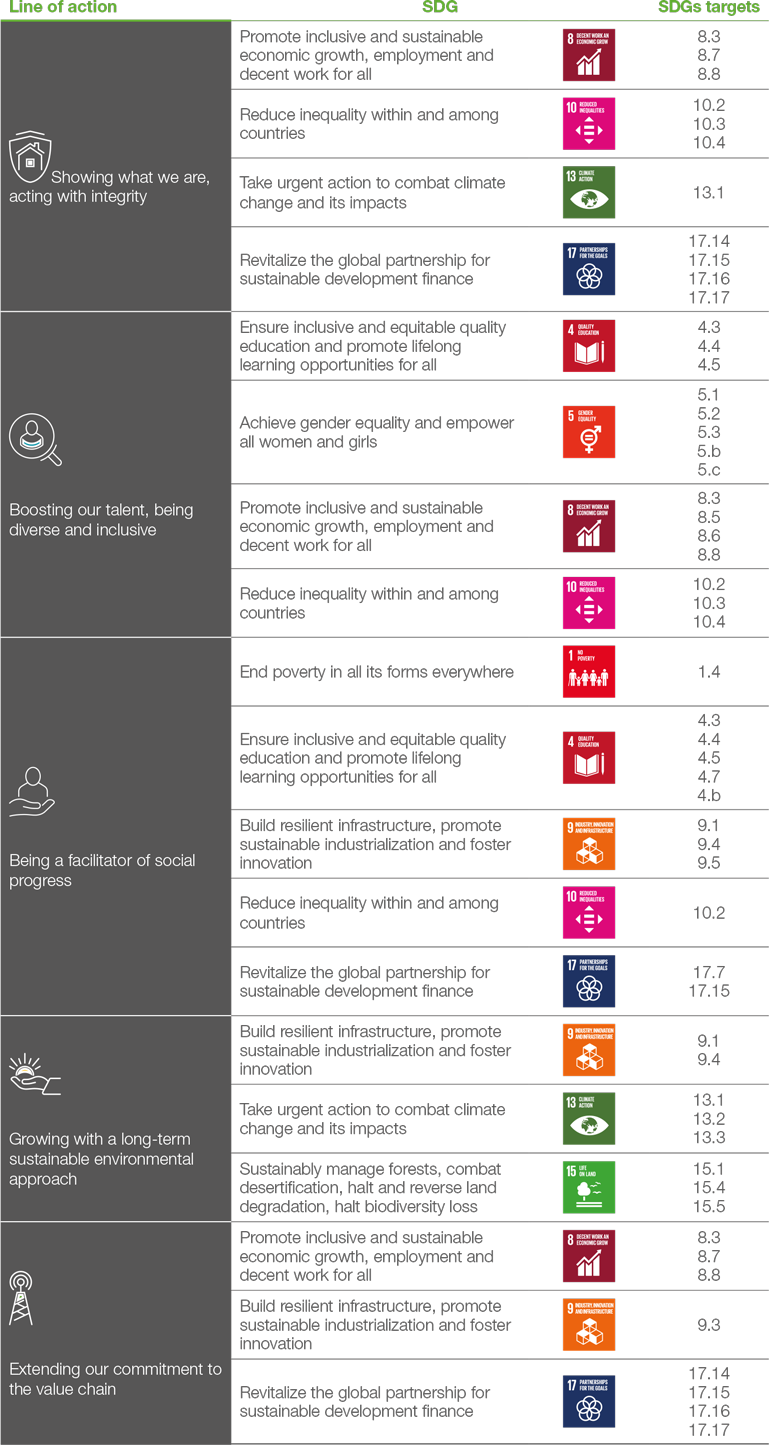 During the first year of implementation of the ESG Master Plan, Cellnex has contributed to achieving the main Sustainable Development Goals through its activity. The most important initiatives linked to each goal are shown below: 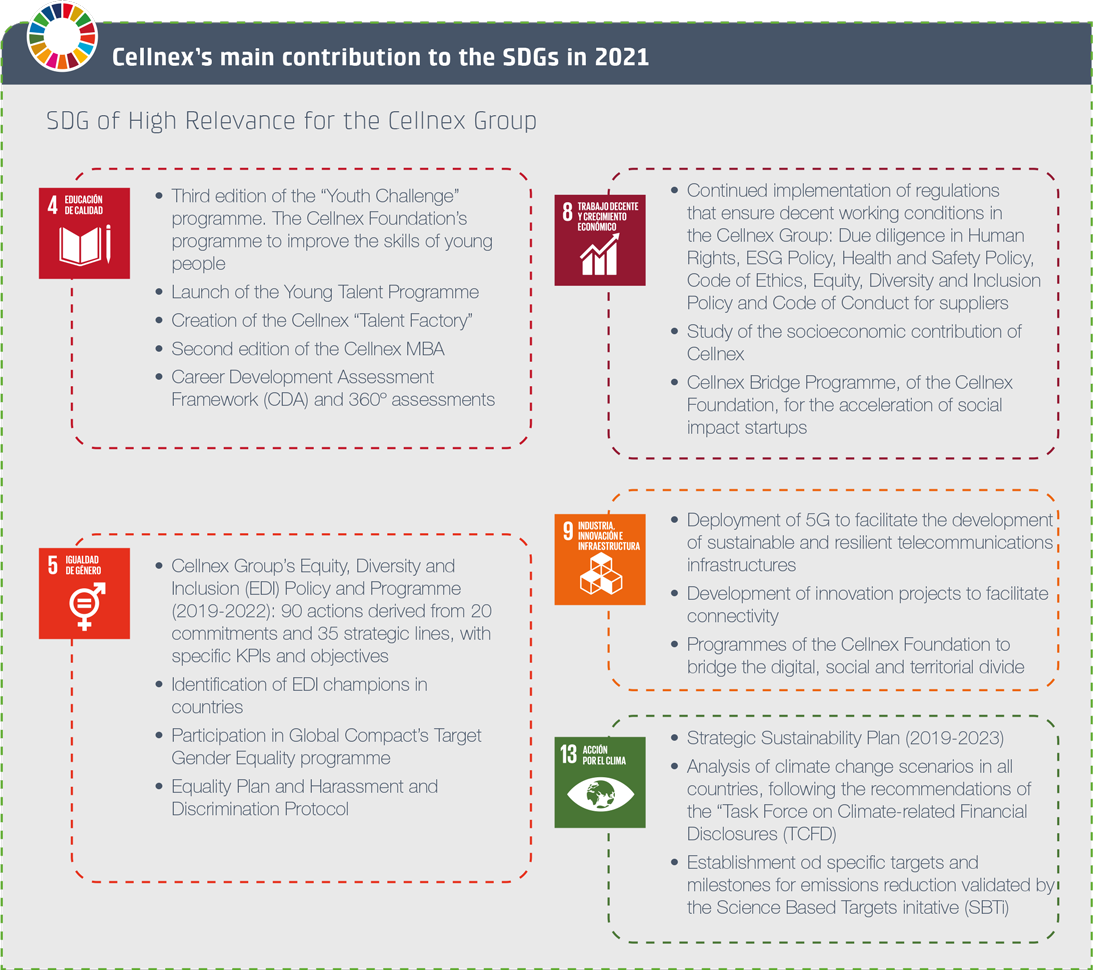 Cellnex has been a participant of the United Nations Global Compact since November 2015, as an expression of its commitment to include the concept of corporate social responsibility into its operational strategy and organisational culture. Each year, the Company publishes its COP (Communication of Progress) on the official Global Compact website.